From their Eurovision win which launched the Swedish pop group ABBA into worldwide stardom until today; their music has never been so in demand, creating the sound track that shaped all of our lives in one way or the other. This year ABBA celebrate 40 years since winning the Eurovision Song Contest with ‘Waterloo’ at the Dome in Brighton.

The Bjorn Identity Abba tribute band celebrate this momentous event in true fabbatastic fashion and are delighted to announce their show will be coming to 6 fantastic theatres venues across the North and South of Ireland.

As always Irelands top Abba tribute act produce an authentic yet fun filled night of music, dancing, glittering costumes and knee high platforms in all their 70’s splendour; performing a faithful homage to their Swedish Super Group’s icons – and their musical legacy that lives, on and on and on… So what is different about this year production. Featuring new songs and new costumes with stunning attention to detail this 2 hour ABBAfest by one of the leading Abba tribute bands in the country will make you feel like part of the celebrations with particular emphasis on their Eurovision win and also the 15th anniversary of the smash hit musical ‘Mamma Mia’.

To the right, you can see some of our great feedback and a selection of gig shots 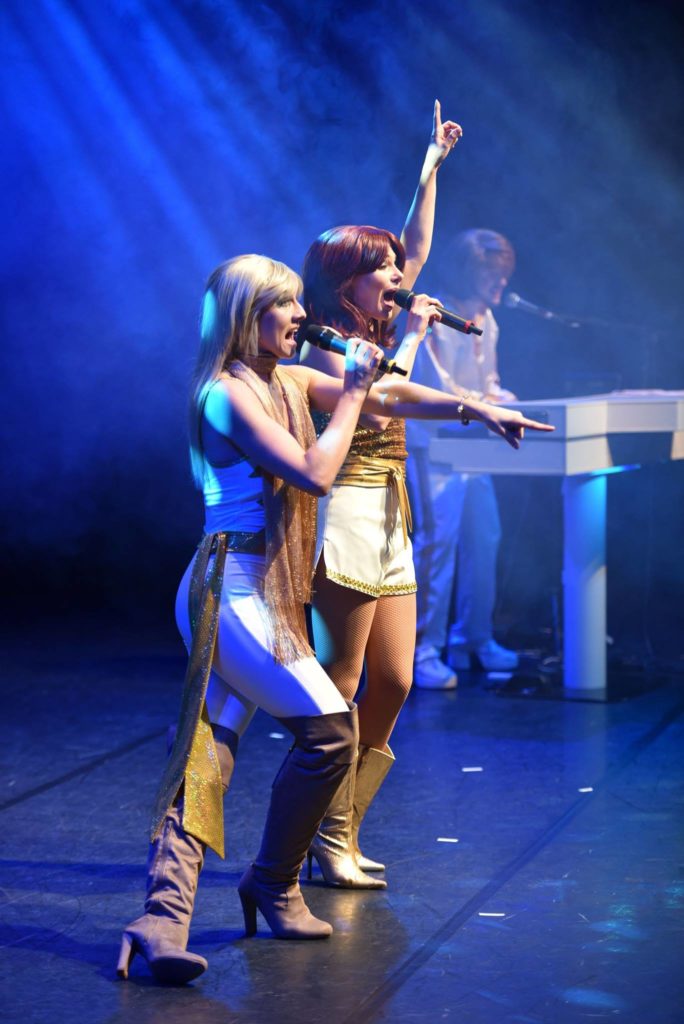